A while ago, I was developing a prototype of it using the Three.js library to build 3D analemmas and to simulate the sun’s position/path on a determined location and date. 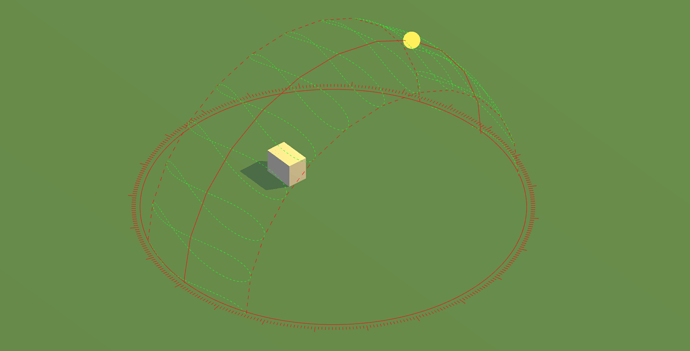 As I was building it, I did not found almost any example of something like that on the web. Just some with unfinished code and others that the developers did not show how it was built. Therefore, I would like to create it using p5.js with proper documentation on how to use it.

I wonder if this idea is worth working on or if it is something too much specific. In my opinion, it could create a lot of possibilites for developers to build cool projects.

Could anyone give an opinion on this? I am really thinking to put time and effort doing it.

In my opinion, it could create a lot of possibilites for developers to build cool projects.

It will be great if you could expand on this idea.
I am nit familiar with analemmas, so I cannot comment on it.

The following is just my personal opinion about p5 library development in general – not even specific to GSOC:

This is a particular application in astronomy, and a library which can only be used for developing astronomy software is a bit too narrow unless you already have a specific user (like yourself) or a specific existing community that you know needs it. In order to turn that idea into something that could “create a lot of possibilities for developers to build cool projects” you need to think about how some of the code needed for a library that would support an advanced astronomy example like that might also support other applications – for example, in timed 3D motion, camera control, games, or whatever. This might involve imagining one or two other example sketches that are not astronomy, but would share significant code (used from your original library) with the analemma example.

You might start by thinking, for example, about why Three.js made more sense for your prototype, and what it offers that made that easier – and whether that makes sense in p5.js, and if so whether it should be as a library.