hey guys,
For a couple of years now iv’e been wanting to write a small programming language
in HEBREW for my young (now 7) and curious daughter.

Iv’e researched some and I feel like I know what has to be learned,
but I also saw thing like SLY for Python that help you generate Lexers,ASTs etc… without
building them from scratch.

I wanna do it in Processing, any ideas? is there any library that could help me?

you could look here for a start: http://www.lagers.org.uk/qscript/ - QScript [EDITED]

what about swift (https://www.apple.com/education/k12/teaching-code/), tynker (https://www.apple.com/education/k12/teaching-code/) or scratch (https://scratch.mit.edu/projects/editor/?tutorial=getStarted) ?
or blockly a library that you can incorporate into javascript (https://developers.google.com/blockly) mb allowing you to dress your language wishes
probably you know all these already

I don’t believe that there is anything on my website (Quarks Place) that would help. Sorry.

Ah, sorry, I was specifically linking to QScript - @quark

When he wrote a editor he could “transpile” his Hebrew into QScript and run it there.

Ah, sorry, I was specifically linking to QScript

I assume that he wants the programming language to be in Hebrew rather than the standard US English. Not an area I am familiar with but here is a couple of suggestions

This sounds like a great project. I’m a co-organizer of the Critical Code Studies working group, and our online conference this year had a week on indigenous programming and ethnoprogramming, which is somewhat related in that it is often concerned with the ethics and logistics of developing Non-English programming languages. For example, here is part of a thread on a Cree programming language which discusses incorporating non-Arabic numerals in programming language design.

If you want to adapt or incorporate a Hewbrew lexer into Processing, or want a model for someone who has already done it in Java, my guess is that Lang871 will be your best bet. The programs look like this:

and are stored in files with a .871 extension. Lang871 is more recent (last changes and kindly made a new release this week), and it is Java. The repo says “Windows support only” but I was able to launch the IDE Jar on my mac as well, and my guess is that you could import some of the Java resources directly into a Processing project – and/or build your own forked jar to include as a library, rather than using its IDE wrapper.

Good unicode and font support is going to be crucial. You may want to consider using Processing 4 as your platform if you run into any problems, although in terms of the code points you should be fine – I believe that the only Hebrew code point missing from Java 8 / Processing 3 is U+05EF.

Also: While it isn’t a programming language, you might also be interested in browsing processing.co.il, which was a Hebrew-language resource for Processing, ~2003-2007.

Good luck, and let us know what direction you choose and how it is going!

here is one script language with a Turtle (like in Logo)

It’s actually a 3D Turtle but you could reduce it to 2D - and to Hebrew, I hope 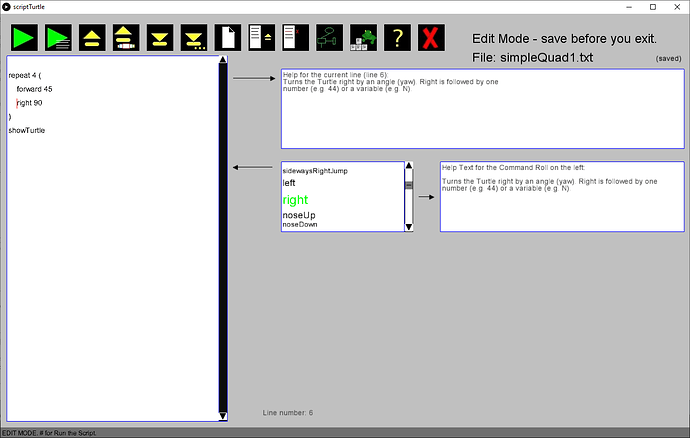 here is also a 2D Turtle with a wasd steering which is not a real programming language but the commands (like w,a,s,d and others) get recorded and you can load and save and run them. 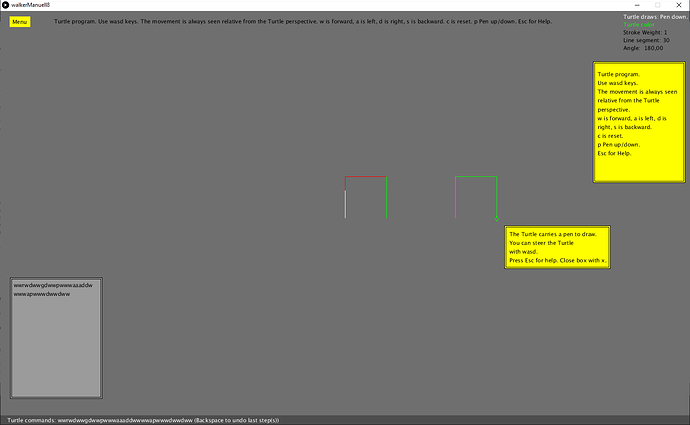 Both are done with incredible help by the forum!

There is a lot of work to do. 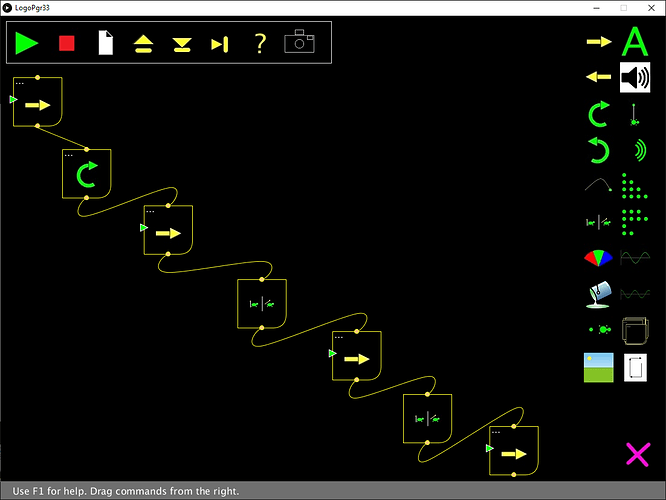 wow what a great and informative answer.
thanks sooo much.
i will check all this out when my kids allow me