I’m experiencing a white flash when loading a video with the GL Video library.
I’ve checked with the singleVideo example and i’m getting the same behavior…
I feel like it used to work without this flash in a previous version (i’m now up to date with latest versions).

Was it always like that and I didn’t pay attention or is it a new behavior? Any work around for this?

@flashbacker Are you testing with the prepared Raspbian image from pi.processing.org?

Hi @gohai ,
Yes i’m using the prepared image, otherwise I can’t get the video library to work at all.

You could download and try older versions here: https://github.com/gohai/processing-glvideo/releases

If you find one that exhibits a different behavior (using the same prepared image), please let me know. If not there is likely not much we can do about it at this point - but: Raspbian is in the process of switching over to a new graphics driver, and when this happens these quirks will hopefully be a thing of the past.

@gohai thanks i’ll give it a try and report my results.

In btw, here is how it looks 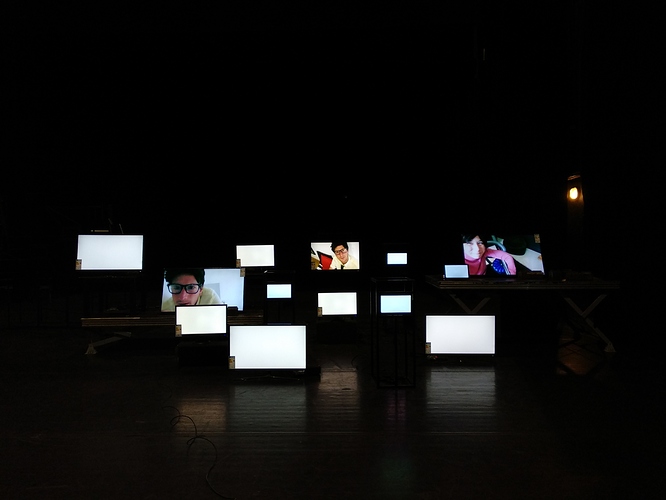 @gohai I’ve tried to install manually several older versions by just exchanging the glvideo folder in the libraries folder, but each time I get this error " the sketch is using a library which is not properly installed"
Am I missing something on the way to do it? Could there be some dependencies configuration problems?

@flashbacker I realized that this is almost certainly because of a change in recent versions of Raspbian, that necessitated a change in the library, which earlier versions won’t have.

@gohai ok thanks for the info, it’s getting a bit longer to try it out now…

I’m having the same problem. Does anybody find a solution?

Try the regular video library for processing. Also it would be helpful to know your setup, like are you using latest RaspberryPI OS. There’s no official support for the PI since Gottfreid Haider left. But I’ve been successfully running PiCrate on both RaspberryPI OS 32 bit and Manjaro ARM 64 bit and a development version of processing on Manjaro ARM Video Capture on RaspberryPI4 with Manjaro Arm. Be aware you need to follow me and install Sam Pottingers version rather than official alpha release (which has a spanner in works to prevent use on PI).

Thanks for the help. I’m using latest model of Raspberry 3 with raspbian. The only thing that I need is to play a video full screen when i get a message from a server in another computer.

Using latest Raspbian with all updates

I´ve also try using “exec()” and omxplayer but i couldn’t get it to work.

I know the @gohai GLVideo setup relies on the original graphics driver, the more recent video drivers work better with the accelerated drivers. It might be worth checking/experimenting with VC4 driver and the newer video libraries.

Perhaps you could just use omxplayer via a script or something. likely to be a lot more efficient.

Could you tell me where i find and how i install VC4 driver?
I was trying to use exec() function to play through omxplayer but I couldn’t.

You use sudo raspi-config on commandline, Advanced Options then A2 Gldriver and enable GL Full KMS then reboot. Any scripting language python, bash etc should allow you start up omxplayer.

Thanks a lot. I solved it in another way, using different hardware.