Where to find GLSL ES tutorial?

hello, I’m working on a paint program that I hope to port to mobile devices and want to use
some shaders. GLSL ES is apparently the shader language to use,
anywhere where I may find a website or videos to learn how to use glsl es?

Just to be sure I understand your question:

Are you already familiar with the Shaders Tutorial?

I notice that some examples in the tutorial contain lines like:

I don’t personally know a lot about shaders, although I have read some older material on shader features in Processing – this is from the Processing 2 update, so may be out of date – 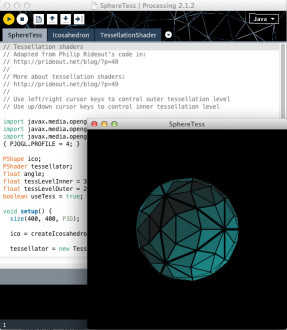 Processing 2.0 was released almost a year ago, and introduced many exciting improvements in several areas. Among those, a new OpenGL renderer with GLSL shader support. Since that time, the shader A…

and I understand that the differences between GLSL and GLSL ES can be dramatic.

Differences between GLSL and GLSL ES 2

Perhaps some of our shader experts will chime in.