I’m working on an p5.js algorithm to transform an image to sine waves, where the amplitude should visualize the grey level of the respective pixel.

In my current solution I’m iterating over every pixel with two for loops. For each row I start a new shape and for each pixel ‘tile’ on the x-axis I have three vertex points. One on the left side of the tile, one with the amplitude and one at the end of the tile. The amplitude is based on the greyscale of the respective pixel.

Here you can find the current version. I’m quit there, but can’t figure out why it still looks kind of buggy.

But the result should look more like this picture: Any Ideas what’s wrong with my algorithm?

Welcome to the community!

In fact, your sketch made my computer crash for a moment

too much memory pressure on my 8GB RAM. You don’t need to redraw the same image at each draw() loop so you can use noLoop() to stop the loop at the end of the draw function.

I think that your approach is not the best solution to achieve this result. By putting three points for every pixel, you get this spiky, triangle shape every time. And if the amplitude is really high, it’s overlapping a bit.

You can see that on the picture, this is a continuous curve with a sine shape. This implies that you need to use curveVertex() instead of vertex() to have a smooth line. Also, a single oscillation can spread on multiple pixels when the brightness is high so having points per pixel doesn’t work.

The basic idea is this :

So darker pixels gives more high frequency sine waves. In order to do this, you need to put more points in the darker areas otherwise the resolution will not be enough. This is the opposite when there’s bright pixels, spreading the points give elongated curves. So in fact, the number of vertices for a given pixel is variable. 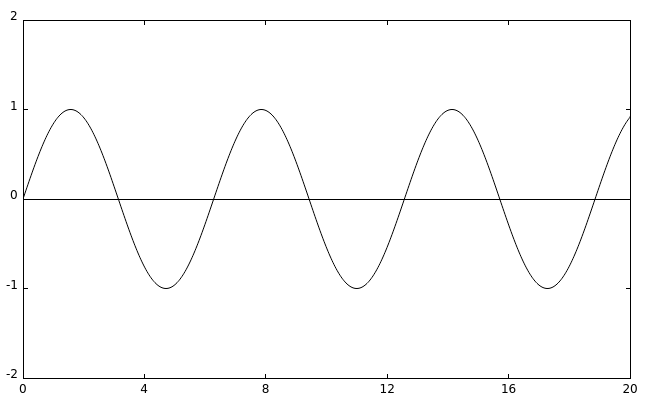 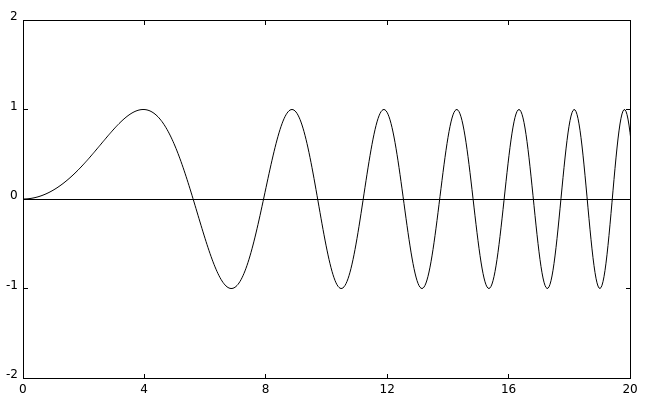 The left one is the basic y = sin(x) an the second one is y = sin(x * x). For the second curve, as soon as we increase in the positive x direction, the frequency increase because we square x.

This is to show that if we vary x in a non linear way (not the first graph), we can dynamically vary the frequency of the curve.

You might also want to take into account the gap between the sine curves so they don’t overlap.

Here is a Processing code in Java to do that : 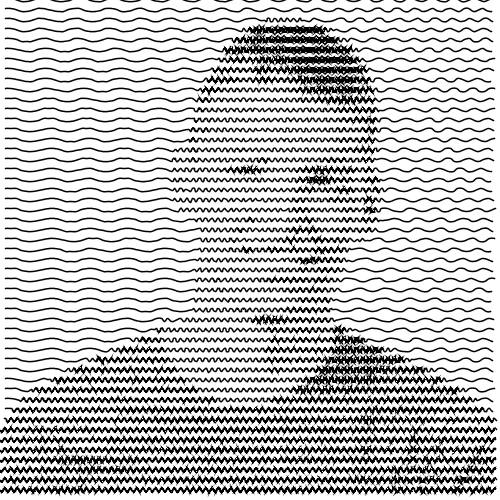 In this code, I use the exponential function to increase the frequency a lot faster when the pixels are bright so it gives a non uniform look!

This is not perfect (there’s artifacts, it’s due mostly to the canvas resolution and curve detail…) but it works quite well. This is not in JavaScript but it’s easy to adapt to p5.js and it’s going to make you read and understand the code rather than copy pasting

Have fun (I had too

Oh that looks very interesting. Could I use that code to integrate it into the Image-processing library ?

Yeah sure, this is open code!

If you see possible improvements, let me know.

Thanks for this awesome explanation, helps me a lot to understand the solution

I’ve been trying for hours to get the processing code of @josephh into p5.js but i can’t get it to run properly.

here you can find my current solution:

have I missed anything?

I’ve looked at your code and tried few times before I discovered what was causing this : 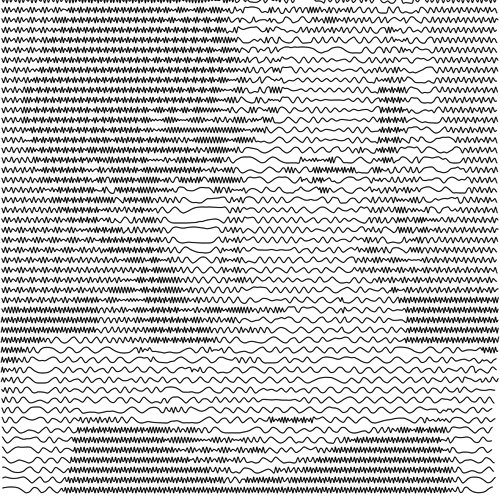