How to create this kind of curve?

I recently found about this animation on instagram and wonder how it was made. 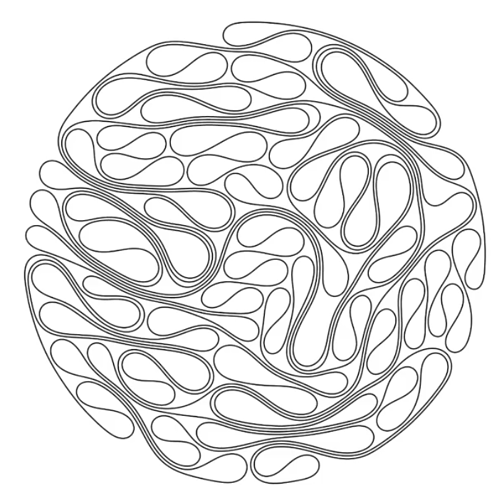 Do you have any idea how to create a similar shape ?

According to the hashtags it is a bezier curve, evolving in real-time and coded using p5js. While I believe it is indeed a bezier curve, I tend to think it is neither made with p5js (feels like a hashtag chosen to increase visibility) nor “growing” in real-time (seems like a pre-computed curve that is unveiled bit by bit).

The whole thing feels organic as it was “grown” or using some springs with repulsion forces.

Any hint or idea would help !

In any cases, you should be able to do it with p5js weither it was done with it or not.

Glad to hear I’m not the only one thinking it’s not made in real-time.

I still have a doubt about the making of the curve, do you really think it is hand-drawn ? The filling of the space is very homogeneous (uniformly distributed) and the overall shape seems to perfectly fit a circle, as if the whole procedure was automated.

I have looked for expressions like “space filling bezier” or “pleats generation” on OpenProcessing and Google but didn’t find anything so far.

I think it’s quite easy to do with something like inkscape or illustrator.
You can use a real circle to guide you when drawing your curves and then delete it.

At least, I can’t think of any simple way to achieve this result with code only.
But now I’m intrigue =) If I think of something I’ll let you know.

Didn’t know about such function in illustrator or inscape, thank you for the hint.

Still, I would love to come up with a strategy to achieve a similar result with code only. (I’m intrigued as well!

A few assumptions for brainstorming:

Turns out the author sold this animation as an NFT. The description says:

I’m convinced now that most (it not all) of the creation process happened in Rhino and gh3d. Unfortunately I don’t know anything about these environments.

He is probably using a “curve growth” plugin: 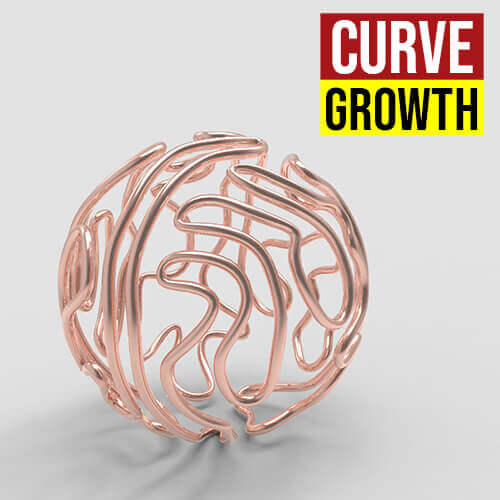 In this grasshopper example file you can create a parametric curve growth simulation by using the kangaroo plugin.

How to implement the differential line growth algorithm with Processing.

The result is a bit too packed compare to the original you provided but I think with few tweaks it would work.

I thought about this as well but didn’t mention it because it doesn’t seem to be a plausible option to me. The pattern is too different, with nested pleats (pleats within pleats) and multi-layered curves (curves following the same path but with a slight offset). Those patterns usually don’t appear in a traditional “differential growth” algorithm.

Unless it is “grown” in a special manner. But then what would be “tweaks” ?

I have found this

If you’ve been following my past blog posts, you’ll have seen that I’ve written a bit of code here and there. I created a bot that analyses…

On his Twitter, he implies that he uses what sounds like a particle simulation to grow the loops with collision avoidance and forces to keep the path straight.

From he description it does sound like he’s using a “differential growth” algorithm as @jb4x suggested !

The output is still different from everything I’ve seen before though. Maybe he’s selecting the parts of the closed curve he wants to grow, instead of applying a growth behavior to the whole loop. That way it might allow for the formation of long non-folding curves.

I’ll have to try.

Hi, liukov!
I am still learning, Processing with emphasis Python, but I know JavaScript. The reason I say that at first is because I am reading a book, ‘Learn Python Visually, Creative Coding with Processing.py’ In this book the author, Tristan Bunn, Lissajous Curves and teaches how to create them using Processing. With some effort you would be able to convert the Python code to JavaScript (things like add ‘;’ at the end of a line of code, for instance). I hope this might take you in the right direction.

Tristan Bunn, talkes about Lissajous Curves (sorry, I was writing in a hurry)