I am using the nyar4psg library for augmented reality. I am able to see the 3d cube in the below picture in my tablet when its camera is pointing to a marker image, but how is it coming out on the paper. I mean how is it projected in the real world? Its not coming out as in the below picture for me, its showing only in the phone/tablet. Could you please help. Is it some sort of digitized or image tracking paper? 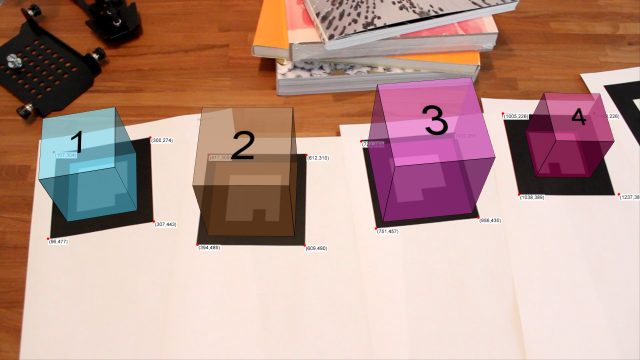 No, it is normal paper. The content appears only on the screen of the phone / tablet. Like this:

Augmented reality is not projected in the real world. It is displayed on a phone / tablet / headset / glasses. 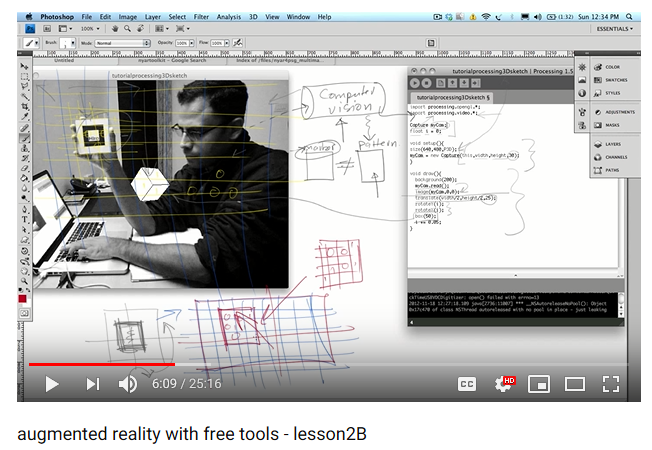 In the above video, he has executed the processing code and the cube has come out of the system. Do we need any extra hardware for that?

maybe its some sort of surface projector.

n the above video, he has executed the processing code and the cube has come out of the system.

Watch this part closely. He can’t see the cube in his hand, because it isn’t projected – he can only see it on his screen. That is why he is watching his laptop so carefully. 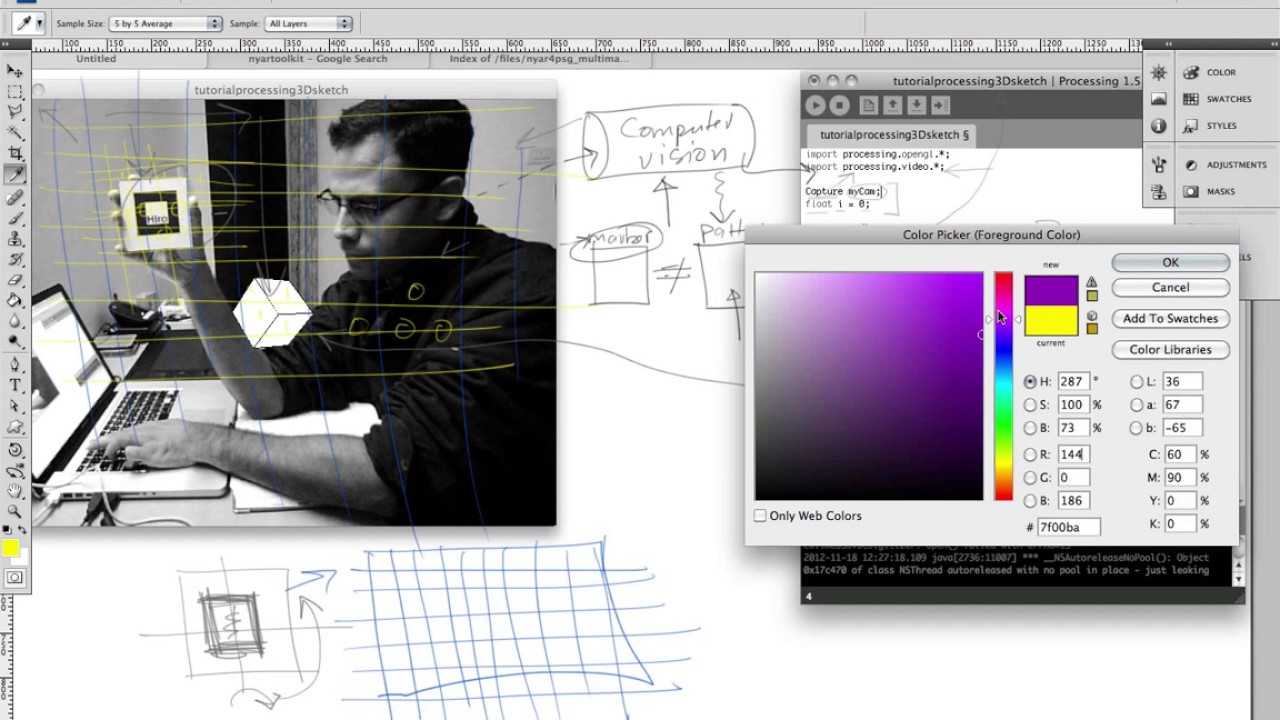 There are ways to project onto fiducials from a fixed perspective, but they are usually not close-up 3D – they are either top-down onto tables or floors like reactable, or else they are onto the side of a building like projection mapping. You can have projectors map 2D videos (not cubes!) onto moving 2D surfaces with fiducials – like a sign on a stick – but it is hard to get right, and it works much better with 2D than with 3D due to needing to force a perspective.

The setup in this particular video doesn’t use a projector at all.

Yeah you are right. Maybe we could use a desktop projector to see our screen on the surface to see a 3d view of the cube as it appears in 3d in the screen.

Sure, although projecting a 3D object on a surface will only look 3D from a fixed perspective. As you move, the illusion breaks.

If you want to mix projection with AR, you might want to look at TUIO / reactivision, which works with Processing.

It will be easier to give advice if you share many more details about what you are trying to accomplish with your project.

You might also be interested in PapARt, which works with projection – although, again, it does 2D and some projection mapping, not 3D.

its for a molecular representation project.

I mean a chemistry molecular project.

Perhaps consider a pyramid hologram display, if you want a simple / cheap tangible 3D tabletop interface that can display a 3D model.

Code to transform content for Holographic Pyramid with PGraphics Gallery

Hello everyone I’ve created a code that can transform a three-dimensional content into holographic video for pyramid. [ologramma_toroide] For the purposes of example, a three-dimensional shape taken from the Processing examples was used. The content has been enclosed in a class called videoCreate. The algorithm provides for the adaptation of the video on LCD screens with different sizes in inches. Visual material within the beginDraw() and endDraw() functions can be replaced with any design…

I will go through it.

If you have any questions about the code for creating a holographic image, feel free to ask