I would like to extend the UDP object to allow for listening to multiple ports. Note the use of extends in the class definition.

my problem is that this can not be used in the super constructer.

1 Like
Virtual Serial Ports macOS/Processing
How to use WebRTC in Java Processing?
jeremydouglass January 22, 2019, 12:28am #2

@jimfah – were you able to resolve your problem?

…so, create a wrapper object MultiUDP that contains a UDP (or an array / list of multiple UDP objects, depending on what you are trying to do).

It is somewhat of an intellectual curiosity. The following works fine. I thought extend would be more general. __

I thought extend would be more general.

While the extends keyword is for inheritance, there are many ways to be “more general” – often inheritance is more explicit (and restrictive) by design. There is a long evolution of discussion about the use of composition as a general alternative to inheritance – it is actually the name of a principle of design: 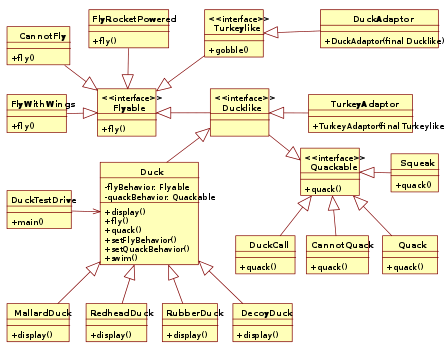 Composition over inheritance (or composite reuse principle) in object-oriented programming (OOP) is the principle that classes should achieve polymorphic behavior and code reuse by their composition (by containing instances of other classes that implement the desired functionality) rather than inheritance from a base or parent class. This is an often-stated principle of OOP, such as in the influential book Design Patterns (1994). An implementation of composition over inheritance typically begins...

I am still unclear of the relationship between java and p3.

Processing uses the Java language, with additional simplifications such as additional classes and aliased mathematical functions and operations.

A common example is color, which after the pre-processor becomes int.

Only when color is used as a datatype. It’s unmodified if it’s the function color() for example.

Another common example is the keyword public , which is not required by Processing where it is by Java.

A notable big exception though is class & interface.

Methods inside anonymous instantiations don’t get auto public either.

Unless those anonymous instantiations happen in a field declaration it seems.

I’m still playing around. I’ll post my solution as soon as I get some usefull results.

After some research and experiments it looks like that it is not possible to use the receive handler inside the extended class using the udp lib from hypermedia. According my current understandig the the receiving handler has to be defined outside of the class and the extended class.

This is my main pde.

And inside extendUDP.pde I define my class.

In the meantime I’ve implemeted a much simpler udp class on my own and look if I can make use of the handler inside my own class. I’m working on a processing low level lib for DJI Tello quadcopter to be used in a computer club later this year and if I find some sponsors to by the necessary hardware.

Code above is still bogus and may not wor properly. May take some time but I’ll publish a better example on github later this week.

To whom it my concern, as already anounced, find an extremly simple proof of concept
https://github.com/f41ardu/UDPExamples