I’ve a problem with my sketch, everytime I have a text with special characters, with text() function or with println().
It works well on JAVA but makes strange characters on android mode!
reportingProcessingBug|690x415

I’ve tried to reinstall processing and android several times, but the problem continues.

I’ve tried to change the font, but it’s the same…Could someone please help me? Am I doing something wrong?
I think this bug started after processing’s update but I’m not sure about it…

I had the same issue trying to display french characters (e, è, à, … for example) on android. The only way that worked for me was to read the text from a csv file and using processing table.

Thanks for your answer, I’m new and it is my first post.
I’ve tried to provide the code example I used, but I see that the image seems to not open, I’ll try again: 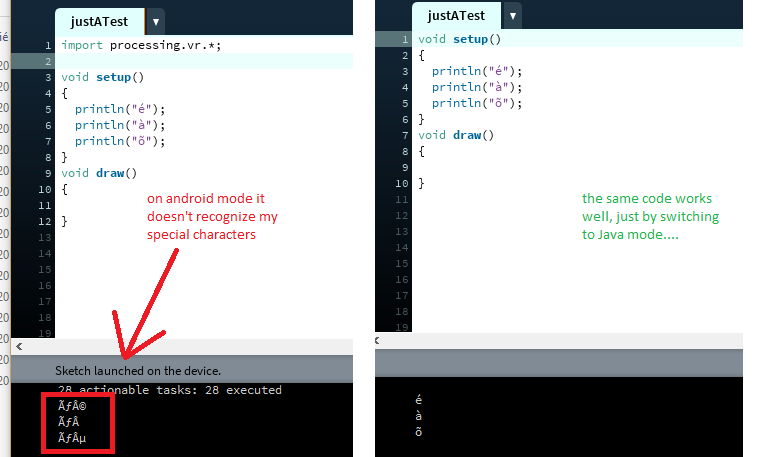 (import processing.vr.*; << don’t take care about this, it was just a test)

What’s interesting, is that the application was working fine, till yesterday, when I got a bug with processing was not launching and had to reinstall processing all over again.

Yes it help’s =), in the case i’m not able to correct this problem, I’ll use your method about the csv file.

I’ve tried just at the moment, but it doesn’t work 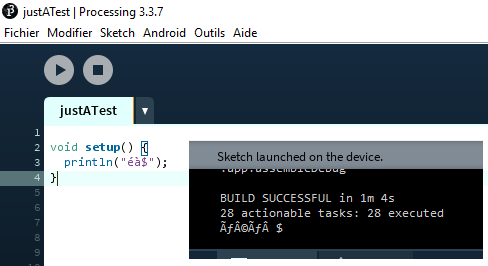 What I understand is that everything in my console is working on UTF-8 but the compiler of Android is working on ISO…is that possible?

And is it possible to change the compiler’s encoding?

And is it possible to change the compiler’s encoding?

Possibly look at setting the file.encoding system property to UTF-8. Depending on how the compiler is launched, might be easier via the environment variable mentioned at How to get and set default Character encoding or Charset in Java? Example

Thanks @neilcsmith, unfortunatly it didn’t resolve, the function seems to work on Java but not on Android. And even If I change on Java it still work but on Android it’s the same:

@Tiago I may not have explained it very well. You need to set that for whatever is going to be running the compiler (not in your sketch). That’s why trying the environment variables might be a better way.

@neilcsmith ohh ok… not sure if I know how to do it, but I’ll try and then give a feedback, thanks again

@neilcsmith Yes I’m on Windows 10, I’m sorry but I really don’t have any idea how to do it.

I’m not finding any gui editor

If you hit the Windows key and type environment variables is there nothing listed? If not, sorry I’ll have to refer you to Google as I don’t have access to my Windows testing machine at the moment and can’t remember which section it’s in. 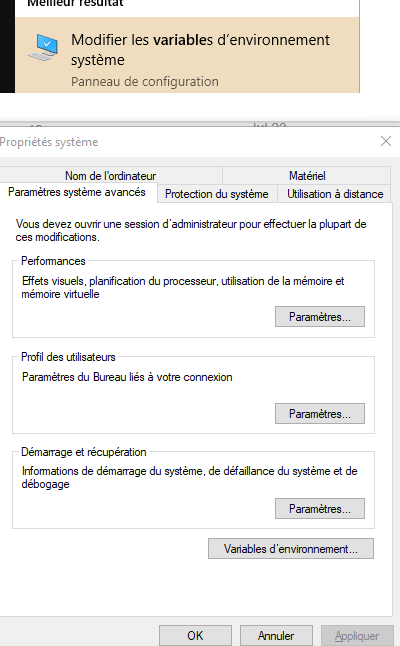 Yes, that’s the one. Clicking on the bottom button should open up a table where you can add / modify environment variables. You want to add (I think) one with the key JAVA_TOOL_OPTIONS and the value -Dfile.encoding=UTF-8 You might be better restarting after doing that too. Fingers crossed that might help - remove it if not.

i did but processing was not launching anymore: 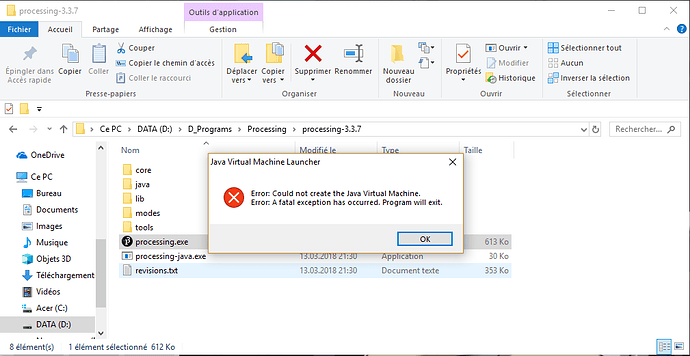 I’ve deleted the variable and it launches again

Weird! Are you sure you’ve got the right values in there - can you screenshot your environment variables table?

Just tried it on my Windows test machine, with Processing 3.4, and it’s working fine and picks up the right value - testing with this one liner 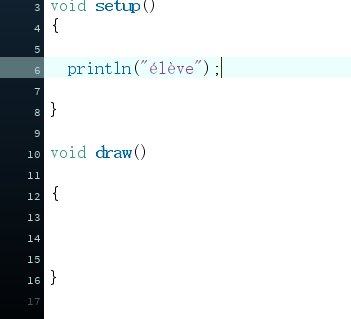 Thanks all others aswell for the help!!