Most of the simulations of our solar system show us planets that are stably orbiting the sun. But they are actually not in a stable orbit. So I coded a simulation that takes real life data and calculates the orbits in hours. It is already quite big and it would be great if you could check it out to help bugfixing and give some feedback

.
You can download it for free on itch.io: solarsystem simulation 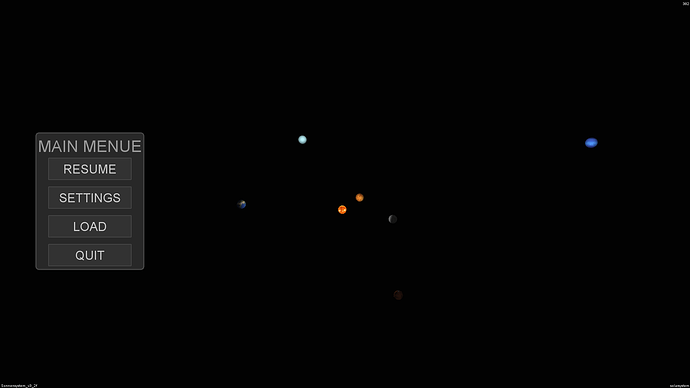 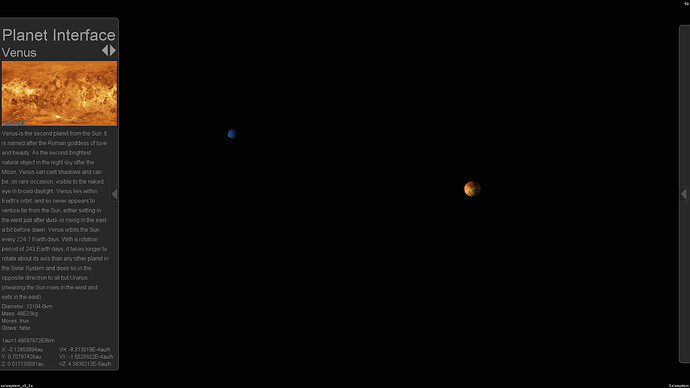 Update 1
The Simulation now features a new type of save-file that works together with a new datatype: the “ArrayList”. This way new objects can be added to a system spontaneously without reloading everything. It is still a work-in-progress feature so you can only try it out by pressing “j” but it shows what the simulation is capable of. Along with that the planets are furthermore color-coded from now on so you can see their outline (activated with “e”) in their appropriate color. 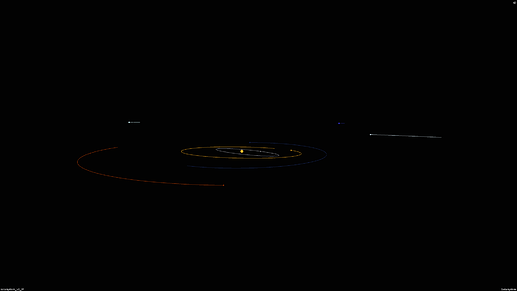 Along with these two changes there have been some improvements in the code generally that should allow it to run a bit smoother.

After pausing developement for a while here I am again

It is still not quite time for the next Update but a little sneakpeak into the new UI and some smaller improvements and features: 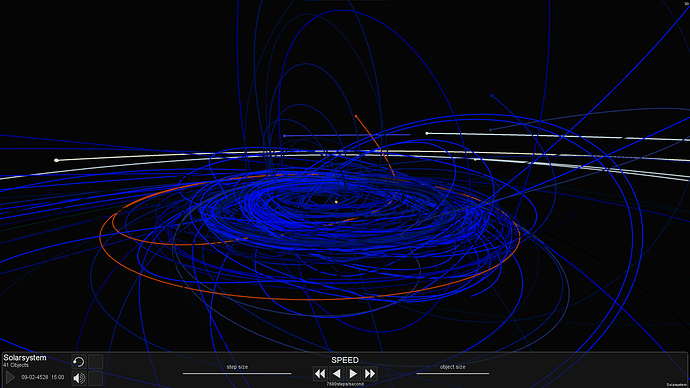 Just released a new update that changed a lot of the core features.
Here another screenshot: 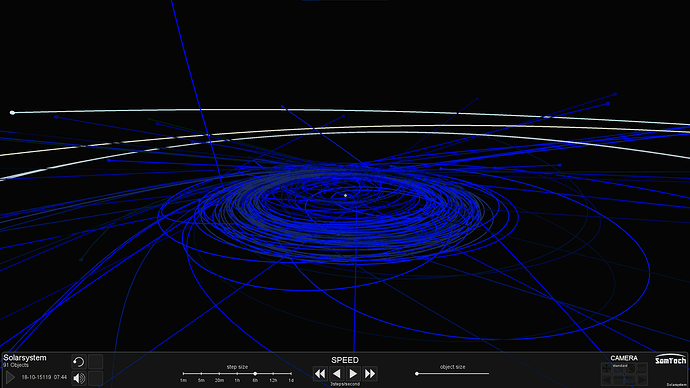 Overcame one of the biggest hurdles and added blinking stars.
#setyourpriorities 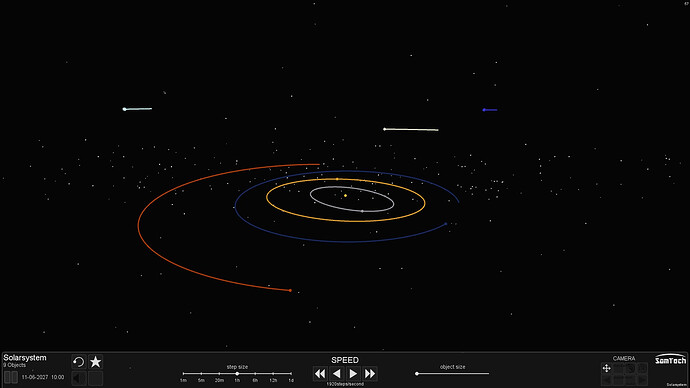