Processing to Blender to Inkscape to Axidraw: How To Remove Hidden 2D Lines

I want to draw in 2D using Processing, export the image as an SVG, and then plot with an Axidraw.
The issue I keep running into is that SVGs retain all lines, and therefore any lines that are covered by another shape’s fill are still drawn. Here is a simple example: 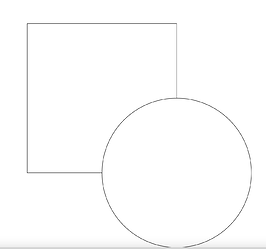 In this image, the circle covers the corner of the square because of the solid white fill. But when I open the file in Inkscape, the hidden corner is no longer hidden. Here are the 2 main routes I have heard might work based on my online research:

Here is the scene that I currently have in Blender: 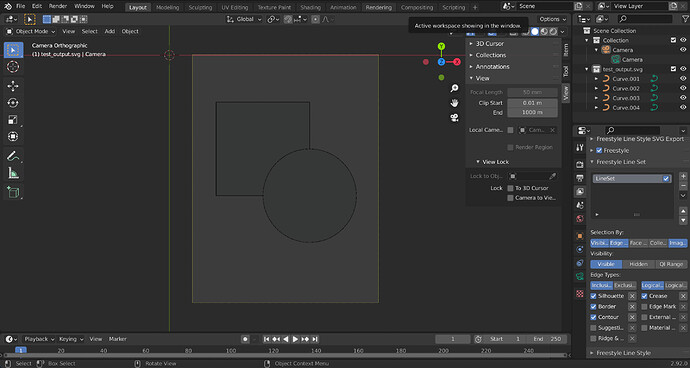 And here is the scene in Inkscape with the SVG exported from Blender. For some reason, only part of the paths are drawn (the blue lines shown which part will be drawn): 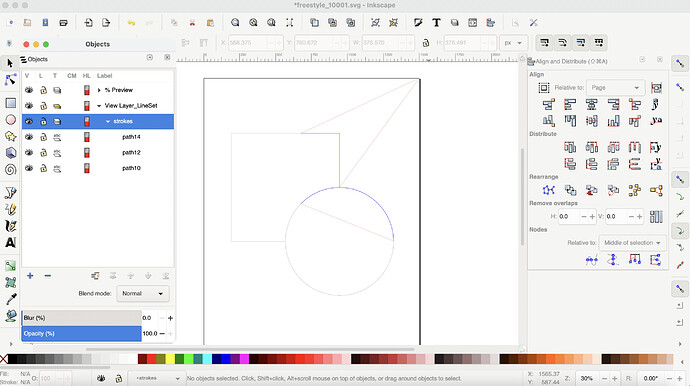 Any help would be greatly appreciated! I have been so limited in my plotting capabilities because of this issue!

You can subtract the upper shape from lower one. Someone else was trying to do the same thing recently…

Ok, I think GitHub - micycle1/PGS: Processing Geometry Suite is a way forward - Here’s my quick check The boxes on the left have fills which wouldn’t work on the plotter. The boxes on the right are made of : The foreground box (green), and the subtraction of the foreground box from the background box (red) No fill() used on the right hand side - So a bit of playing around to progressively add one house at a time to a resulting shape. Still would be keen to hear how anyone else would approac…