After exporting a python sketch, which needed a .png image file, the .app wouldn’t run.

After doing some testing, I realized the bug was that the sketch was looking for the .png file in “/Users/ME/”, instead of “/Users/ME/App.app/Contents/Processing/data/” (the path of the image).

And even after trying to use sketchPath, it still didn’t work since the sketchPath was “/Users/ME/”.

So here’s the question, how do I make the sketch in the .app register the data file in the correct path or at least somewhere inside the .app without me doing it manually?

Can you spell out the structure of your sketch?

Are you running building a sketch pyde file directly inside the users folder, using the user ME home as the sketch folder?

What happens if you create this sketch ~/Documents/PathTest/PathTest.pyde and run it? 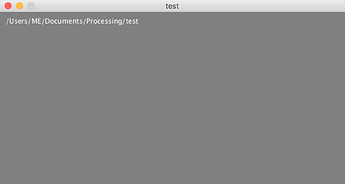 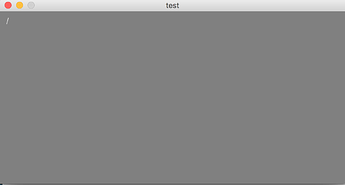 UPDATE:
I opened the .app file and went into test.app/Contents/MacOS/ and edited the unix executable, by removing the --exported on line 5. 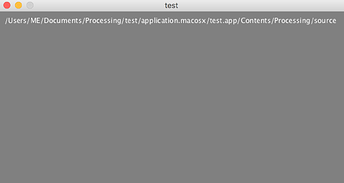 So these are literally exactly the same sketch contents, with nothing else in the directory, and the literal folder names and file names are:

is that correct? No other changes at all, and those are the exact paths/files?

The other one is:

“name” is a generalization for all the other sketches, as I use the same format.