I recently made a sketch using the Open Kinect for Processing Library and a Kinect v1 Model 1414. Long story short, the 1414 broke, so I just got a V2 and have been going through the examples included with the library to try and figure out how to edit my sketch to work with the V2. However, a couple of the included examples (ColorPointCloud2 and DepthPointCloud2) cause some errors upon opening them from the examples sketchbook.

which causes the error message:

I was able to figure out that the variables

I’m hoping someone can shed some light as to why the example code has these errors, possible solutions, and perhaps point me to somewhere I can read up on FloatBuffers and IntBuffers…

I am using Processing 3.5.3 and downloaded Open Kinect for Processing using the Contributions Manager. My machine specs are as follows:

I have included screenshots of the errors I’m getting and how I was able to get them to go away. 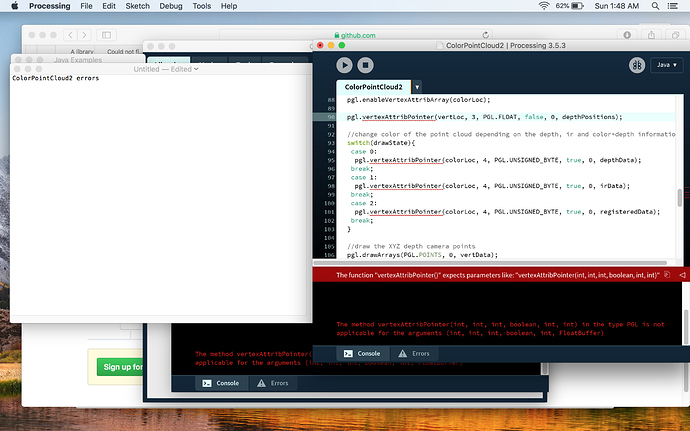 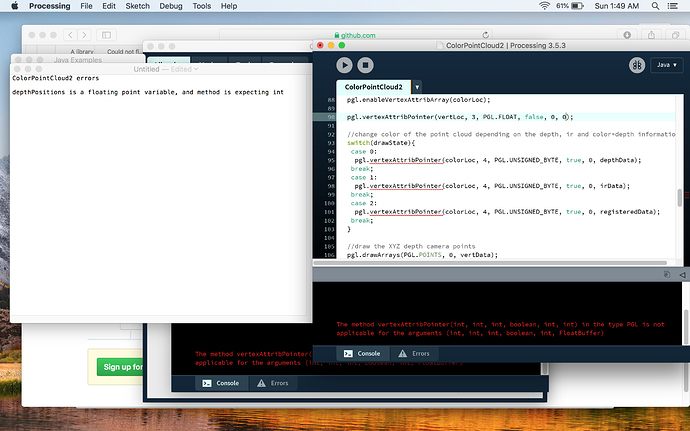