Issues with panning & checking for visibility on a translated canvas?

I originally posted this on Stack Overflow via the p5 tag, but figured this might be a better place for it.

I’m working on getting 2D zooming and panning working in a p5 project, a la this example code. I’m working in instance mode in node, so my version of this translate/scale works like the block below. I wasn’t using this method before, and was instead just panning the canvas without translating it, but I’m adding it now so that I can (eventually) get zoom working as well. zoom = 1, for now. 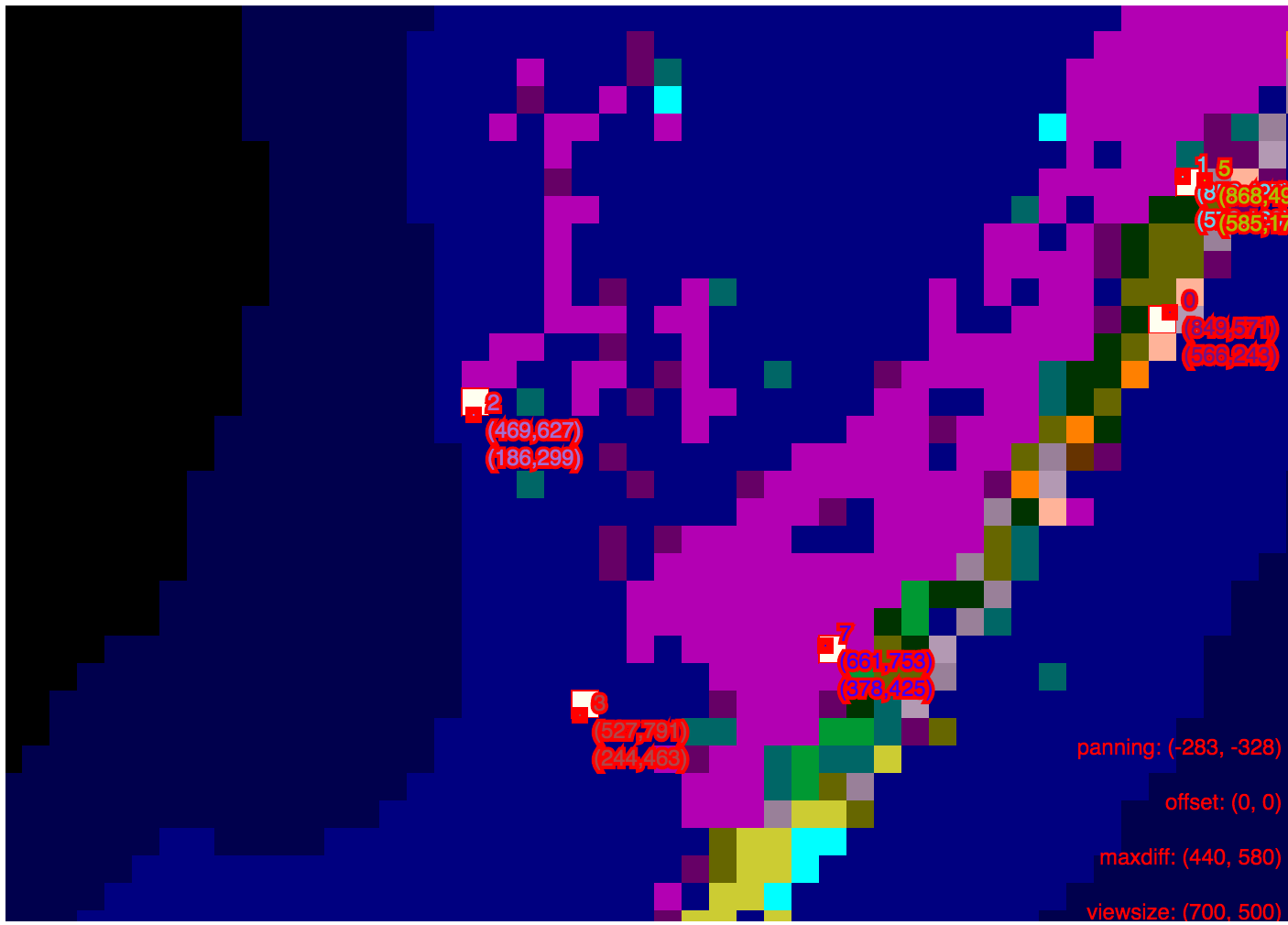 Sorry if this is confusing, I’ve been racking my brain to solve it and haven’t been able to come up with anything.

I originally posted this on Stack Overflow via the p5 tag, but figured this might be a better place for it.

It sounds like you have a viewfinder rectangle, and you want to know whether things collide with it or not – if they are in view. Is that correct?

And/or is it that you want to be able to map any world coordinate back to a screen coordinate?

the values I have to use to constrain the user’s ability to pan are really weird.

I don’t understand this statement. “Constrain” the user how?

Just to warn you, it is very hard to get good debugging feedback on a complex problem for code that you don’t share. You would be better off making a simple sketch on the p5.j5 web editor demonstrating one concrete aspect of your problem, then sharing a link to that.

Here is an example in Processing(Java) to quickly share some concepts. 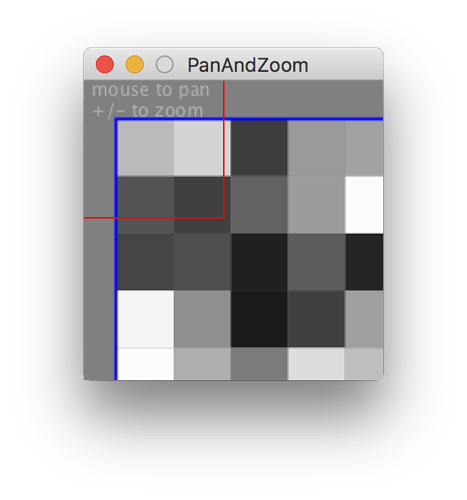 I don’t understand this statement. “Constrain” the user how?

I believe it’s a range of values like those used by function constrain().