How to enforce a minimum distance between curves?

I want to learn to draw non-overlapping random curves.

I’ve written code that generates random curves on the screen but they currently overlap. 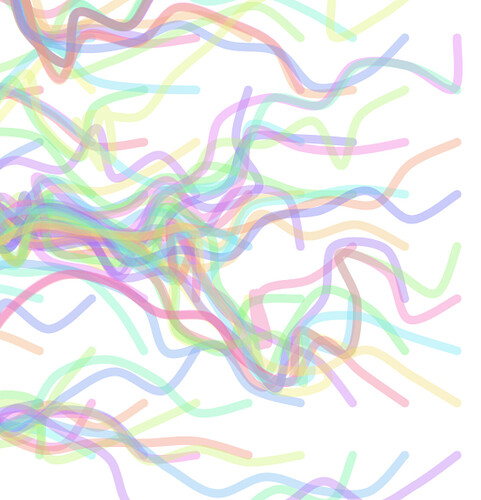 In the example above, each curve is drawn by

Does anyone have any advice or examples of techniques to prevent overlap?

I was thinking at each new step, somehow figure out the shortest distance to the nearest curve and make sure its above a certain threshold. Not sure how best to do that though.

Generally you want a method of checking whether the vertex you’re about to add is “too close” to another point.

The simplest and least efficient way to do this is to keep a list of points that you’ve already placed, then, each time you go to add a new point, check that the new point isn’t too close to any of the points in the list. The pseudocode looks like this:

This is very inefficient because you’re checking the distance to each point in existing_points each time you create a new point.

Thanks for the pointers Zach!

I implemented the inefficient method and am getting some non-overlapping curves! 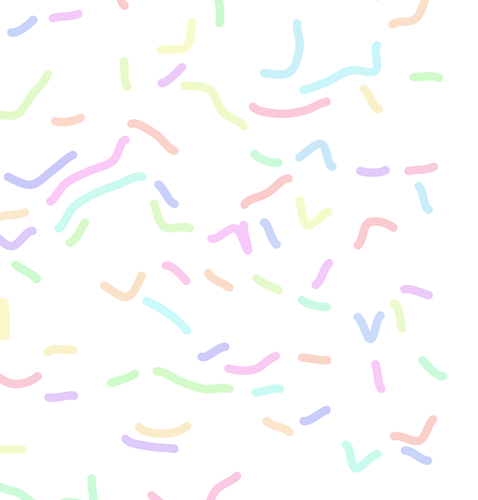 Ah, I forgot that you’re using splines. The tricky part with splines is that it only takes a few points to define the whole curve. If you select a position at random along the curve, you’re not guaranteed that there’s an actual vertex there. This is why your distance checking is having trouble.

There’s a tradeoff to be had here. If you encode your curves as a bunch of very short line segments:

Nice! Thanks for explaining the difference between curve_vertex() (splines) and vertex(). I’d heard of approximating curves with “very short line segments”, but wasn’t sure if it was a viable option or not.

Anyway, I replaced my use of curveVertex with vertex and am starting to see some promising results!

There is still a bit of overlap, the cause of which I’m not sure yet. I’m thinking its because I need to factor in my strokeWidth 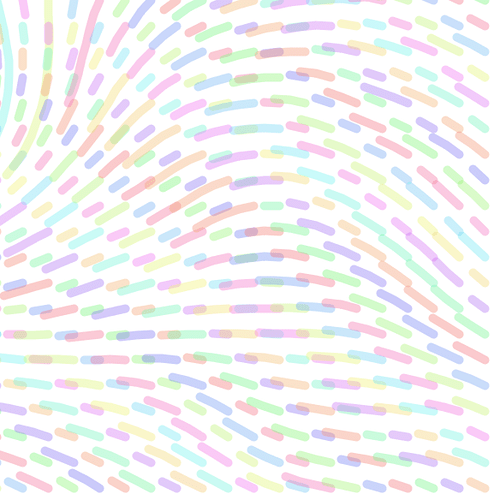 (Or more likely, I don’t think I’m doing sufficient checks when choosing a start point for each curve)

Without digging into the code, it looks like the distance calculations aren’t picking up all of the “too close” points. You can see that some curves are completely overlapping. A start-position that is that close to an existing curve should be rejected.

Maybe try increasing the minimum distance to something really big and see if you still get overlapping curves.

You were right. I wasn’t storing the first and last vertexes of each curve. 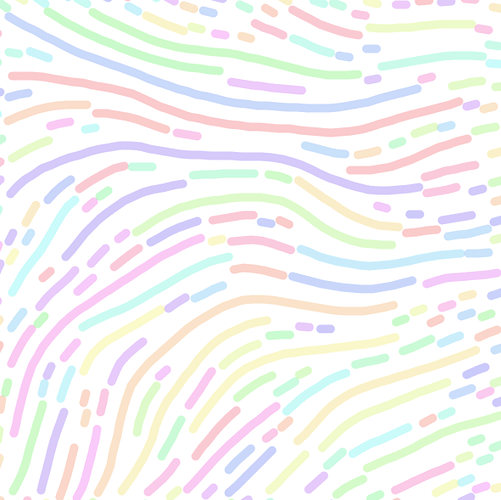 Hi @oli, I am actually doing some experiment in the flowfield area and was trying to understand your code. About the forceAt function in the Flowfield class, I know it’s taking his parameter from the StartingPointPicker class, but I was wondering what does it do with it. Can you tell me more about it ?