Getting started with Shaders

Hi folks. I’ve enjoyed and recommend https://thebookofshaders.com/. I find the subject fascinating and have successfully run a few other people’s shaders. However I have an embarrassingly basic question. When I try to run their (Book of Shaders) example code below I get the following error "Cannot compile fragment shader:ERROR:0:9’<'syntax error " I’ve noticed that all of the shader examples included with Processing use a file form marked .glsl instead of .fragment…is there something I am missing in terms of formatting? Thanks.

What’s inside shader.frag? The file name should not matter but the error seems to indicate that the file has a syntax error…

Oh I just realized that when I tried to download the shader individually from Github I downloaded a link to the page. I just downloaded their whole gitHub master file it works.

However, I imagine that I will probably have other questions as I go. I wonder if we can keep this thread going for questions.

Eventually I want to write a shader that will basically act like a blend(MULTIPLY) filter on video. I’ve gotten that kind of code running without a shader but it really puts a strain on my computer. This may be some time later in the future. I’d like to get a firmer grasp on the basics.

Thanks for your help.

Eventually I want to write a shader that will basically act like a blend(MULTIPLY) filter on video. I’ve gotten that kind of code running without a shader but it really puts a strain on my computer.

You know that OpenGL can support MULTIPLY with the built-in blend functions, so you could just use blendMode(MULTIPLY)? Note that due to Processing’s use of un-premultiplied alpha, multiply is a bit broken with translucent images, but if they’re opaque it’s fine.

Thanks for that tip on blendMode instead of blend. ( Even if this works I’m liable to continue digging into shaders though.) I forget, do I still need to specify OpenGL in the size for the latest version of Processing? And where should I put blendMode? This is what I’ve been using…which over time really gets my computer to heat up.

Yes, shaders are fun to play with. I adapted a few from https://gl-transitions.com/ a while back.

blendMode() for those modes supported directly by OpenGL should be as fast in fullScreen(P2D) and fullScreen(P3D). They should be a lot faster than the default renderer.~

I was asking because in @justin_lincoln’s code he used fullScreen(); and he asked about specifying OpenGL… I assumed with P2D / P3D is faster.

I put blendMode(MULTIPLY); into the setup and changed the blend line to a simple image call and it seems to work fine. Hope to test it over a longer period of time to see if I can find a difference in performance. Thanks, this is an interesting development.

Yes, fullScreen(P2D) is required there.

You can get an idea of exactly what blend modes are supported in the OpenGL renderers at https://github.com/processing/processing/blob/master/core/src/processing/opengl/PGraphicsOpenGL.java#L6221

Oh, jeez…just put P2D in the FullScreen(); function and I see a huge speed difference. In my older versions frames seemed to drop left and right. This is blazing fast.

I find setting up shaders in Processing isn’t super intuitive, but once you get the boilerplate code figured out, it’s very reusable. Here’s an example: 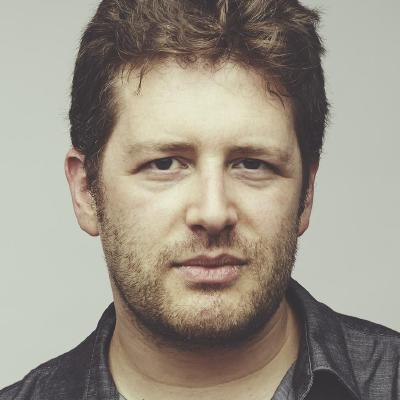 ShaderToy boilerplate for Processing 3, Unity. Contribute to n1ckfg/PShaderToy development by creating an account on GitHub.