Firefox windowWidth and windowHeight return values that are slightly too high

I’ve recently gotten back into p5 after a few months. In that time, I’ve switched browsers from Brave (a Chromium derivative, if I remember correctly) to Firefox. When I opened a p5 project from a while ago in Firefox, I noticed that the window was slightly too large. Like, by a factor of maybe 20 pixels?

I’ve done some experiments and determined that this is definitely a Firefox based issue. Here’s a simple sketch I made in Atom:

Here’s how that sketch appears in my default browser, Firefox (note the navigation bars on the bottom and side of the window):

However, if I open the same sketch in Edge, the issue is not present (I get an orange screen with no navigation bars on the sides of the window) [I would post an image to prove it, but Discourse doesn’t let new users put multiple images in one post].

I’ve checked, my Firefox settings are not zoomed in.

I checked online, and I found one mention of this kind of issue on stackoverflow: 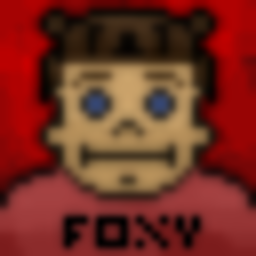 Wrong value for window.innerWidth during onload event in Firefox for Android?

On the above thread, they explain that (for some reason) Firefox resizes all pages after they’ve been loaded, which renders window.innerWidth (and, I assume by extension, window.innerHeight) incorrect.
Is there any fix I can make within p5, or do I need to calculate my own windowWidth / windowHeight variables “once the whole document has been loaded and resized,” like they mention in the stackoverflow thread?

This is correct, I am able to reproduce your issue in Firefox.

With this CSS hack it works thought:

It removes any padding and margin and hide the scroll bars…

It works! Thank you so much!!