Drawing inside the box()

I have this code and i want to add some points inside the box, the box will be transparent and it would look like points are moving in 3D…

now you can say stroke (255,0,0); point (-30,30,45); to place a point in 3D (point command is in itself able to be 3D; other than sphere); to place a sphere (which is better visible, especially with lights()) use pushMatrix, translate, noStroke fill sphere popMatrix (pseudo code).

BUT please use noFill(); stroke(0); before box() command to make it transparent

Could you please show your version?

BUT please use noFill(); stroke(0); before box() command to make it transparent

There is more to this than that.

Alpha means transparency and is particularly useful when you want to draw elements that appear partially see-through on top of one another.

I just added an alpha to the code from original post and some transparent boxes inside: 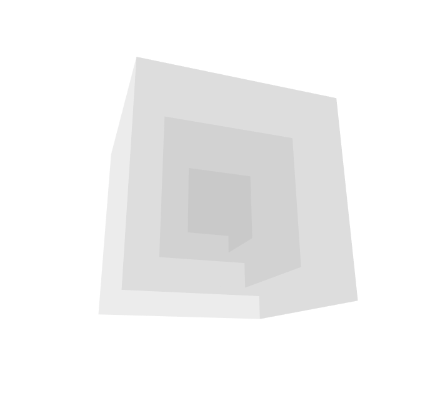 The topic needed more details and I provided references for others that may visit.

And that is that!