Can someone help me with this? (special graph)

So I basically have to create the exact sketch/animation as depicted in the gif.
I attached a gif of exactly how it needs to look and animate (you may need to refresh page in a few minutes because I think the gif stops moving after a few minutes.) So, I’m having a hard time mainly figuring out how to make some of the curves different sizes (similar to the gif). In my code that I have now, all the curves are at the same y axis level and not similar to the gif. I’m not just looking for the answer, I genuinely want to understand and learn how it’s done. So I’m looking to how I can get the finishing results! Someone please help me!

The code that I have so far is:

A curve like that is made from summing multiple waves of differing frequencies. 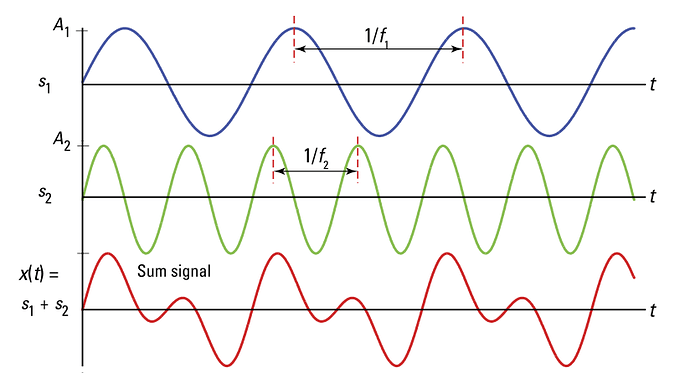 do you calculate the average of the sin-waves to get the new one or is there a different way?

Simply summing them all up will give you the shape.

To squeeze it back between -1…1 you’d divide by the number of waves (an average).

thank you!
I made this with it! 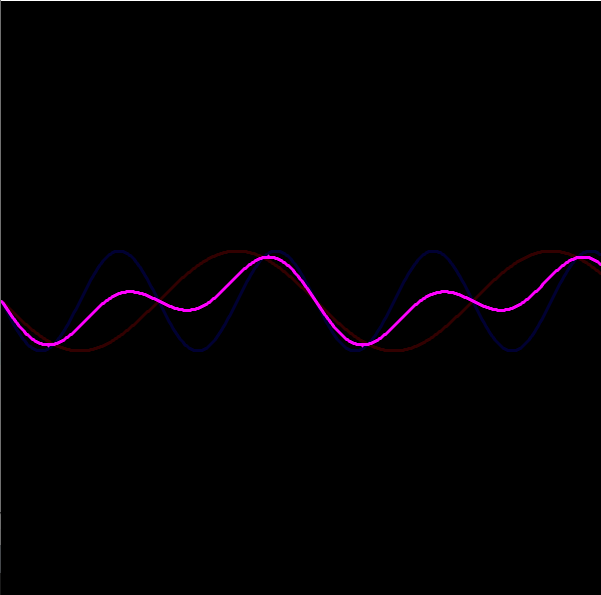