Applying Class to each character in a string

What I am trying to do is apply typography to example 1.11 https://natureofcode.com/book/chapter-1-vectors/

Thank you in advance for any help you can provide!

Before setup have an array of that class

In draw for loop over the array and move them

Any more explanation on how to set a timer for how much time to pass until it starts moving? or some psudo code for how you would approach it, not going to lie im still very new to processing.

like you said, i want the string to start as a word and then break off into each character (like this but i just added an array of a’s to demonstrate. 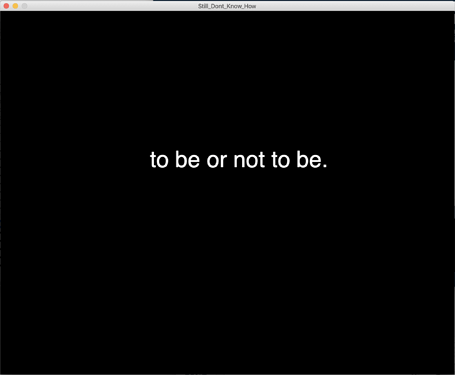 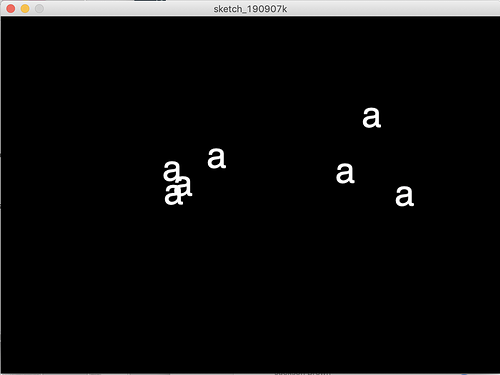 No timer needed for the beginning

Your class Mover is the class Letter I was referring to. You are almost there.

Just apply the changes I mentioned above

Ok ill try that now thank you! Also, would this method be sustainable for making a paragraph do this effect rather than just one word ?

I looked deeper into this now.

Since Mover represents only one letter in the new approach, you must remove the String from the class to setup and the for loop also (as I mentioned)

Also, to use a for loop in setup to make the array, you want to pass a char to the constructor.

Hence, you need to change your constructor in the class

Maybe you want to read the tutorial on objects

To reduce the class to be responsible not for the entire sentence, but for one letter only, I removed things from it and put it to setup.

This is the beginning of my full running sketch:

Also I am not sure about your move() method

you say acceleration = direction; BEFORE changing the variable direction.

shouldn’t you first change the variable direction completely before copying its value to the variable acceleration ?