I was watching The Coding Train’s While Loop tutorial (lesson 6.1-see link below).
I had a really hard time digesting it and still don’t quite understand one thing. Why does it matter to reset x=0? I mean if you put “x=0;” before the While loop, shouldn’t it be useless?

Thanks. for is much simpler and easier to understand. Any idea when “while” is used in lieu of “for”?

Thanks. for is much simpler and easier to understand. Any idea when “while” is used in lieu of “for”?

Well, there’s an argument that while is a simpler form of for

eg. these are equivalent

I have a related question to this same bit of code in this video:

When it runs, it does this: 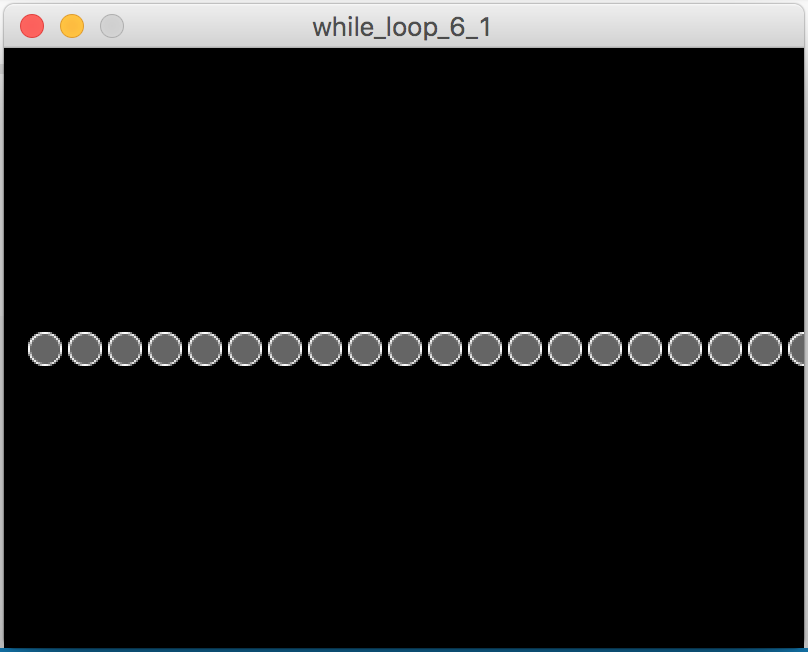 Actually, through typing this out, I think I might have worked it out. Is it because x=0 isn’t inside the while loop? So it starts at 0, then the while loop fires until x > width?

I think someone has maybe already answered this above but I’m really new to this (day 3) so I didn’t quite understand what they meant.

Thanks for your patience!

OK, follow up question, why does it matter that x=0 is inside the draw loop when its already declared in the very first line at the top of the code?

Any variable declared outside draw() will retain the value it has between calls to draw (frames). So it’ll be 0 the first frame, and some value over width for every frame afterwards, because the loop keeps adding 20 to it until it is.

The x = 0 resets the value back to zero for the next frame, and so on.