I am developing a desktop app on Processing that reads data arriving on a Serial port. The app will be distributed to users running either Windows or MacOS. They will have an Arduino Uno set up to stream data to the app.

Because there is no way of knowing in advance the name of the serial port to which the user will connect their Arduino, my program iterates through every available port trying to complete a handshake. For every port, the program opens a connection, waits a few seconds for the Arduino to be ready to receive data, sends a connection message to the Arduino, and waits for the reply.

Here is a simplified version of the code:

The Arduino code is a very simple script that waits for the connection message and replies:

In most cases, this code works fine. However, for one of my users running it on Windows, it failed. It turned out after a lot of debugging that their Bluetooth headphones were connected to their computer, and that turning off Bluetooth solved the problem.

Here is the issue: on certain Bluetooth ports, the line Arduino.write("SYN\n") blocks. The program doesn’t crash or print out an error message; the program just blocks at that function call, and never moves on. I’m not sure why this is happening, and the reference doesn’t mention any case where Serial write() would block.

This post on the Arduino forum states that, on Arduino, Serial write() blocks when the output buffer is or becomes full. I’m guessing something similar happens in Processing, but I thought that calling Arduino.clear() would prevent this.

I can think of a couple of solutions:

I haven’t yet implemented these, and I would be interested in understanding a bit more clearly why this is happening first.

I would really appreciate any help, either solutions or extra information about why this is happening. Thank you!

Thank you for sharing!

I observed the same here when I turned Bluetooth on; there is a serial Bluetooth port on the PC from one of my devices.

I will add this issue to my serial troubleshooting checklist and serial code collection.

I worked around this as follows:

This is a handshaking initiated by the Arduino.

I am sure you can implement this with ease; my code was just something I threw together. 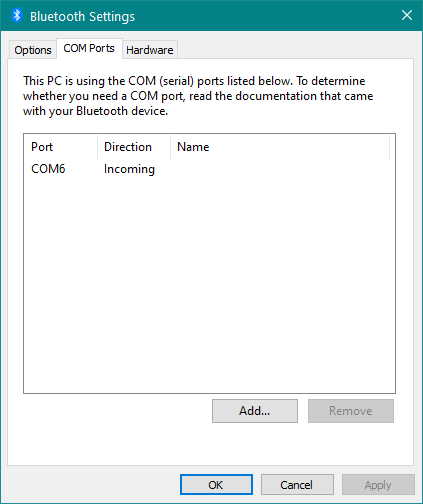