Hi! Welcome to the forum.

I quite don’t get what you mean - do you want to make the color react to the mouse close to the white circle instead of the red one? If so I guess you need a separate set of x/y in the Dot class to store the offset of the canvas, and add them when you calculate the distance.

So assuming that the primary canvas is windowWidth and windowHeight and the secondary canvas is centered storing all that initial math is a great idea - i was just really hoping for some kind of global to local math I didn’t have to write - so such luck huh?

Create a method within the class that contains or references the secondary canvas to do the math. It should just get the coordinates of the mouse click, do the subtraction using the stored origin of the secondary canvas, and return the resulting converted coordinates. With the details handled by that method whenever the mouse is clicked, writing the rest of the code for the script should become easier. The idea is to contain the messy stuff within the method, then to use it as a convenience for writing the rest of the script.

We could do this type of thing with any instance of an object that we can display in the sketch, whether or not it involves a secondary canvas.

Below is a simple example, wherein the origin of the displayed object is the center of that object. The object displays the mouse position relative to its own origin. In this case, the math is not very complicated, and is handled by the report_mouse_position() method. We could do the same with a secondary canvas. 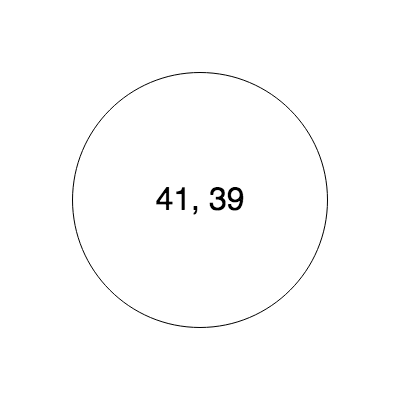 This really helps - curious is there a benefit to calling report_mouse_position from within display rather than having a separate call to it within Draw?

… is there a benefit to calling report_mouse_position from within display rather than having a separate call to it within Draw?

Either way is fine. It is just a matter of convenience. If you would like to use the information returned by the report_mouse_position() method within the draw() function, you should call it from there. Otherwise, it might be more convenient for you to have the display() method do that work for you. In this particular situation, it doesn’t make much difference. However, in a case where several different methods must be called to gather all the information together to display or perform some other operation on an object, it would be convenient to have the display() or other pertinent method belonging to the object do the work of gathering together and processing that information.