Hello,
I saw an issue on github recently that was about discord rpc Link here, but nothing were down since september 2019.
One of processing contributor ( jeremydouglass ) redirected me to this forum. So I’m asking here now: could someone do something like [this plugin (https://marketplace.visualstudio.com/items?itemName=icrawl.discord-vscode) that was devolpped for Visual Studio.
Discord is a social media and a lot of developpers are using it to discuss.
So I think discord rpc should be a part of processing, as it is easy to integrate it and modernize processing a little bit.

Hi @Ectalite – when you say “something like this” what do you mean? Do you mean another plugin for Visual Studio, only for a Processing discord? Or adding Processing / .pde files to the existing plugin? Or do you mean discord integration into PDE?

Keep in mind that if there is a processing discord, it doesn’t have to be integrated into VSCode or PDE. There are lots of discord clients, plugins, and interfaces. Or are there special features you are interested in that would work best as a plugin?

Hey @jeremydouglass thanks for the quick answer.

I mean a complete integration of discord rpc (rich presence) into Processing: on discord you would see on which project you are working currently and the time you passed editing it. The VS plugin was only a comparison to what a meant. It shouldn‘t be a plugin for Processing as a plugin has to be enabled manually at each startup.

On the github repository of discord-rpc: it‘s called as an “interface” between the discord client and a programm (in our case processing). Also when I‘m speaking from Processing I‘m speaking from the IDE. What is “Processing Discord”? Do you mean it as a discord server about processing (what in my case does not interest me).

Contribute to discordapp/discord-rpc development by creating an account on GitHub.

Yeah in favor of another sdk dedicated for games, but it does not matter as it does still work and I think it should not change a lot.

Hmm. I don’t think that any editor will incorporate convenience methods for updating your discord status into its core. Let alone a deprecated API.

For editors that have a plugin architecture, this might make sense as a plugin – so you could look into creating a PDE Tool for this. However I’m not sure what kind of status info you want. PDE may not be architected in a way that much information about the editor itself is exposed to a tool.

An alternative: edit and run Processing sketches in Visual Studio / VS Code.

How to use Visual Studio Code with Processing 3 Processing

I installed the processing-vscode extension and it worked quite well (for VS Code on Mac): Open Processing, and click the Tools -> Install “processing-java” menu item. Install the processing-vscode extension Open your sketch folder in VS Code NOT just the .pde file, like you would do from the Processing IDE run Processing: Create Task File Cmd-P + > + Create Task File Run project: Cmd-Shift P The above was from a Mac; on Windows there is a little more to be done to get JAVA onto the PATH …

Yeah it’s an alternative (and for now the only one). But just for processing usage, I found that using another IDE would be a little too much.

Thank you for featuring my GitHub issue on here, I totally forgot to post it here!

Here to ask if you’ve heard any new updates about that, or is using VSCode to run Processing code still the only way to do it?

Thanks in advance, have a nice day.

@Shikii – currently all development on the Processing IDE is focused on Processing 4, which just released beta 1. You could open an issue there with a feature request. 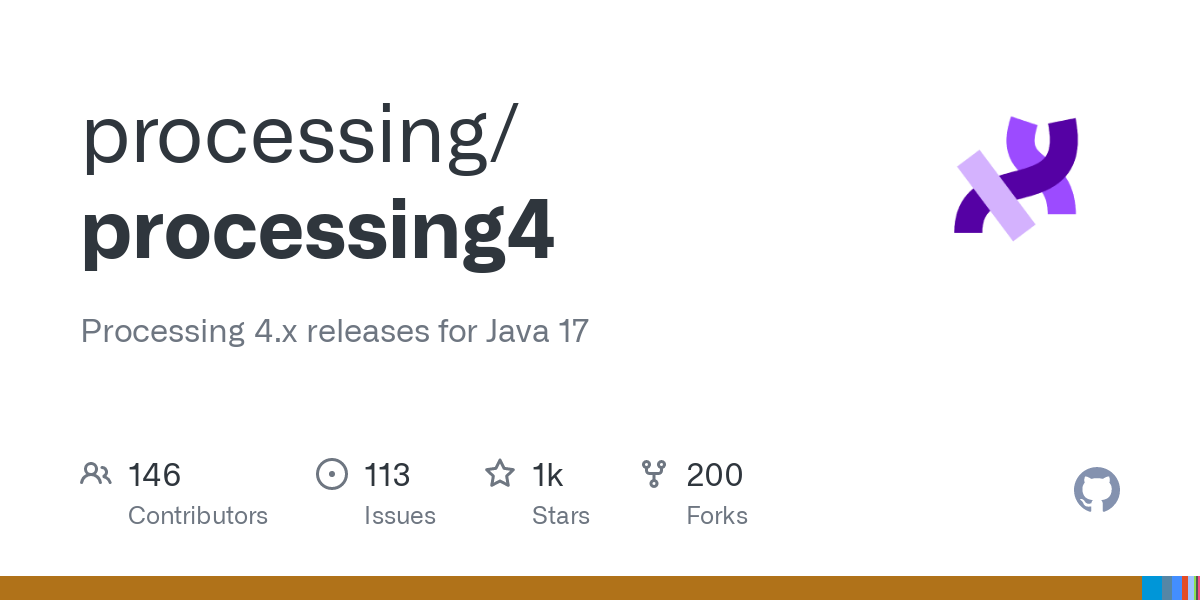 However, unlike Visual Studio Code, I believe that Processing IDE does not have a “plugin” architecture that could support a Discord RPC / GamesSDK api. It doesn’t have plugins in that way, and internally it doesn’t generate events and allow plugins to hook into them. So I suspect that Visual Studio Code is the way to go.