I’m creating SVGs in Processing for pen plotting. Everything is going great until I start plotting. The test Truchet tiles I’ve created end up as separate arcs. I’ll attach some example pictures.

Everything looks seamless, but each quarter circle is it’s own individual arc. Ideally the arcs that end at the same points would be combined into a single SVG element so the pen plotter can draw each line in one seamless stroke. 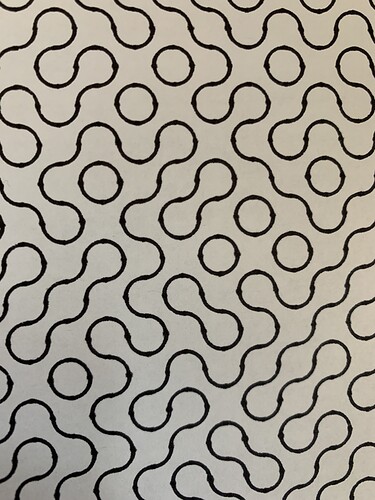 You can kind of see where each arcs ends and the pen picks up and then sets itself down again.