Use of for-loop to create a stair of ellipses

Sorry to be such a pain.

You fill ONE row this way.

How many times must you repeat this for-loop??

As many rows you want to have!!

BUT how do you repeat this for-loop?

By copying it in your Code several times…??

Execute the code below. Though it will not draw your pattern, it exemplifies a common pattern regarding nested loops that may serve as a hint.

Note from the details of the code and the output how the outer loop controls the inner loop. 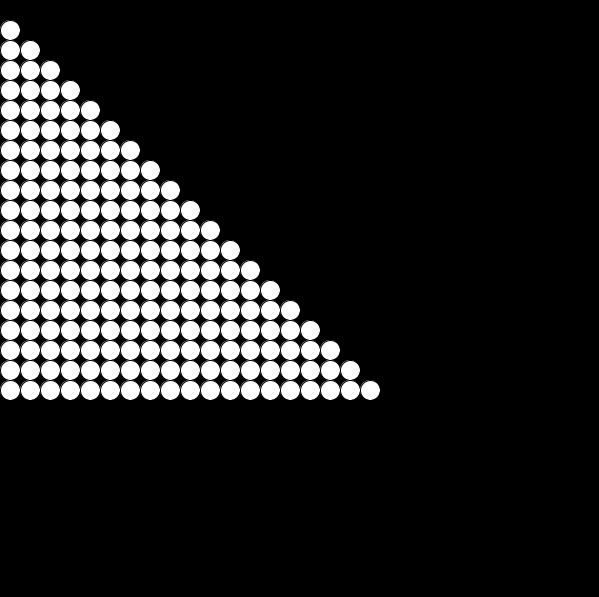 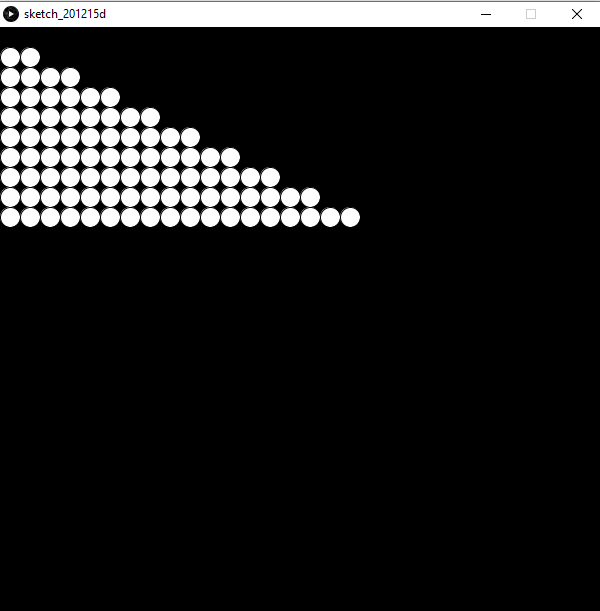 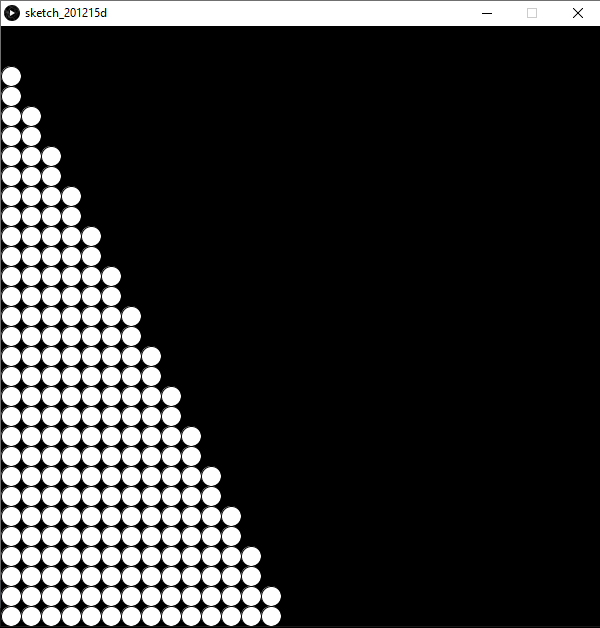 btw how to tag a post as spoiler? I don’t want to show the code directly if the OP doesn’t want

Haha! Good point! I think the OP solved it.

But anyway you can leave your posts like they are.

For future posts: the idea is that this is an educational forum so we encourage others to find their solution.

Especially when it’s homework and not hobby

But as I said it’s okay here!

Impressive work that you do by the way in your projects, especially Lissajous!

When I was just staring coding after seeing the coding train youtube channel I didn’t know too much. The videos that were not “introductions to xyz” were too hard for me. So I wanted to see it from actual examples. It is the fastest way to learn for me since I am self-tought. Whenever I posted a post on this forum I wanted an actual solution instead of hints. And my english was far worse than what it is now so I couldn’t really understand the hints. I kept in mind what I wanted so I am posting the whole code. Well somebody reccomended to create my own page where I’ll post all my creations.

Btw what do you think when you said Lissajous was impressive? The project was far below and took me far less time than things like FloodIT. I don’t really understand.

I liked Lissajous because it looked so cool, the different types on one page! Just great!

well it’s just the usual lissajous tables. I’ve seen the coding train making it in a grid too

Below is a portion of a solution in p5.js that utilizes the translate, push, and pop functions to simplify the math. To complete the draw function, you’ll need to precede this code with an assignment to the diam variable to specify the size of the ellipses, and an initial call to translate in order to make sufficient room along the top and left margins.

See the comments for explanations.

Edited on December 16, 2020 to insert an additional comment into the code.

Below is code for a variant of the project that uses a different approach. It is written for the Processing Python Mode .

Here’s a picture of the result: 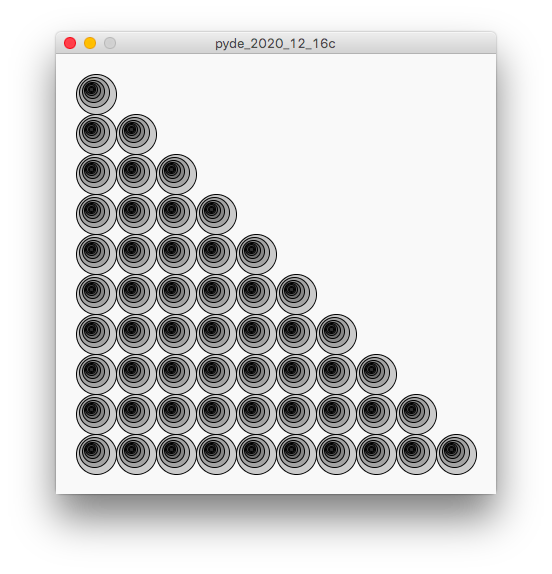 The code is below. See the comments for explanations. As a challenge, try to draw the above by translating the code into p5.js.